Working on a New Film… 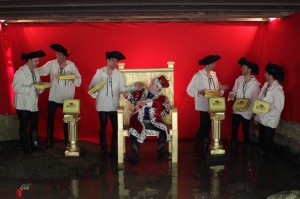 I recently shot a short “dream sequence” that will be part of a short film I am making.  In the movie, there is a scene where a group of guys are enjoying chocolate candy…maybe a little too much…  In fact, a couple of the guys enjoy it so much that it causes them to “loose control” and enter a hallucinogenic dream.  To make this happen on screen I was faced with the task of creating a dream sequence that could fit in with the story but also not cost a lot of money.  I ended up finding a location that had a two-lane bridge with a creek running underneath it.  The idea was to “transform” the space under the bridge into a “royal room” that the character (in his dream) could stumble upon and realize ultimate chocolate bliss, where colonial servants are awaiting him with countless boxes of Whitman’s sampler chocolates. I mean, that’s what you would have come up with too, right? 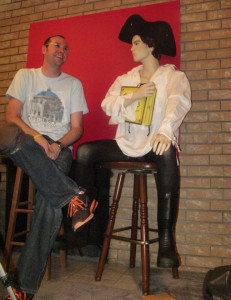 To do this, I purchased red material at a fabric store, had it sewn together to accommodate the size of the bridge and hung it up with small clasps attaching it to the steel beams running underneath. I built a “royal throne” out of 2X4’s & plywood, spray painted it gold along with a couple of pedestals from hobby lobby, and purchased some crazy costumes online for the guys to wear.  I didn’t exactly go through the proper authorities to “approve” the use of a dirty creek under a small bridge. But I figured no one would be too mad about it… 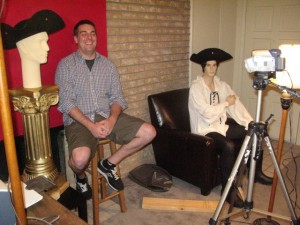 To avoid any possible problems though I shot it on a Sunday morning starting at 6am and we got it done in about 5 hours. Our only glitch was an elderly man driving down the road on his rascal scooter, and upon discovering us, insisted that he wanted to park in the middle of the bridge and watch us.  After having to explain to him that it wasn’t a good idea for him to park his scooter on the bridge because he could be hit by a car, to which he responded by saying “it was ok” because he was “legal” on his scooter, I finally got him to agree to leave and after a couple more hours we were done. Funny thing is, all of that work will account for about 45 seconds of actual screen time in the movie…but it will always be a valuable 45 seconds to me! Ha ha. 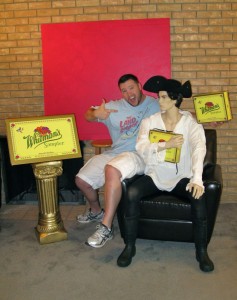 A few days after the shoot, I asked some of my “actors” to come over to my apartment so that I could film an interview of them recalling what it was like to participate in this crazy film shoot.  But of course, I couldn’t do it without adding in some unique props to put it over the top.  I plan to use snippets of their interview footage to create short “teasers” to advertise the film.  More work is ahead to finish the project, but I am planning for the movie to be available later this year. 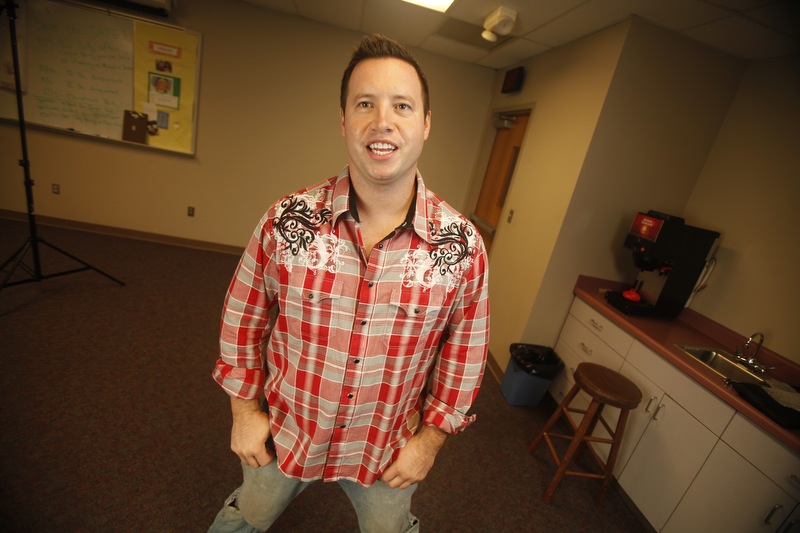