It’s not easy to be an informant in the medieval realm of Thinkpierce, but someone’s got to do it.  That was the job of Jeff Phillips who played the role of Sidias in the newest short film from Thinkpierce titled: The Informant.  The whole idea started with me thinking it would be funny for two guys dressed up in medieval robes to be engaged in a ridiculous conversation between a cracked door.  It later evolved into a cast of four and included barbecue turkey legs, a beheading and ridiculous medieval attire.  Once the idea clicked in my head I started to brainstorm as to where I could find a location that could pull off a “medieval feel.”  I was driving around with my wife Rhona one day when I remembered a unique piece of property that had a cave-like house built in to the side of a cliff located on Charles Page Blvd. near Downtown Tulsa.  Before we even got there I knew it would be perfect for the shoot.  I drove up hoping I could find something on the property that would allow me to contact the owner.  I laughed out loud with excitement when I walked up to the front door and found business cards for “The Cave House” in an envelope hanging right on the front door.  I shouted to my wife Rhona, “Not only did we get the number; there are business cards for this place right on the front door!” Now that I had a location in mind, it was time to throw it all together.  I contacted a talented friend Josh Mitchell to see if he would be up for running the camera.  When he jumped on board, I knew we would have something great.  I then e-mailed Linda Collier, the owner of The Cave House. I gave her a brief run down of my idea and crossed my fingers.  I will never forget her response.  The next day I opened my e-mail to her three-word reply in all caps, which read BRING IT ON!!!!! Next it was time to gather some actors.  I called three people who I thought would be a good fit and then the inevitable happened; one of them couldn’t make it.  That’s when I randomly ran across Dalton McNaughton at work.  He kept making me laugh and I began to envision him in the role of Zarious. I then told him about my crazy short film idea and wondered if he would be up for playing the part.  As long as I could shoot his scene by 5:30pm so that he could attend a dinner party later that evening then he was all in: it was a deal. I then contacted the number one resource for doctoral robes, royal gowns and over the top decorative costumes that include lots of bead work: a church.  Luckily my dad had some connections; I got access to some ridiculously awesome robes and selected the cream of the crop.  Andrew DeClue “The Evil Liege” however came on board with an evil robe and sword of his own, which worked out perfectly.  A few days before the shoot I planned out the upcoming evening of filming like clockwork. I was the first to arrive on a Saturday evening and we started knocking out scenes one by one.  Linda Collier, owner of The Cave House was awesome and made sure everyone got a tour of her unique historical property.  For anyone interested in getting a personal tour of their own, The Cave House is open to the Public! Bring a friend or make it a group activity. Visit The Cave House’s website to learn how to schedule a tour and enjoy some great cave house stories.  I want to give a special thank you to the entire crew who made the shoot possible including J.P. Moorman & George Altidor for running sound and props, Matt Minor and Ethan Pierce for capturing some great photos, Linda Collier for the use of her awesome Cave House in Tulsa, the media magician Josh Mitchell for running camera and applying color effects, and our awesome actors, Jeff Phillips, Andrew Declue and Dalton McNaughton.  To watch Thinkpierce’s newest short Film project, The Informant, click on the videos tab and enjoy! 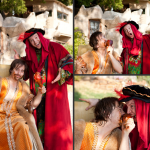 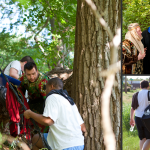 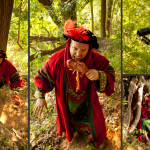 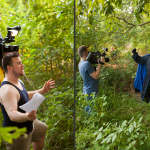 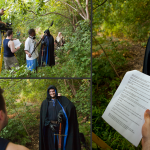 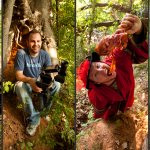