This mixture of redneck themed photos leaves you wondering what’s next with every click. All bets are on as redneck roulette delivers a winning combination of hillbilly viewing experiences you’ll not soon forget. But a photo shoot like this doesn’t just shoot itself. It all started one day when I decided it was time to capture some good ol’ boy moments with a Thinkpierce spin. Representing an inspiration all their own, I came up with a variety of scenarios that paid homage to the spirit of redneck-ism.  Sometimes it was just a location that caught my eye, and other times it was like divine hillbilly intervention.

One photo shoot location in particular comes with a great story.  At the time my hair was looking pretty interesting and it deserved a backdrop that was just as unique. I drove up and down a few streets of choice until stumbling upon a house that met the need.  Did I know who lived there? No. But I was just gonna grab some quick photos and the whole thing probably wouldn’t take more than 5 minutes, right? I set up a time with Marshall Baker and we pulled up and starting snapping photos. A few minutes in, the residents who left nothing to the imagination came out and asked what we were doing. In my casual, “oh this is the most normal thing ever, just the ol’ taking photos in front of your house ” tone, I somehow explained what I was doing. They said as long as we weren’t the cops then it was cool.  That immediately made Marshall and I feel great and served to me as a confirmation that doing this had been a great idea.  But we were already there, and leaving abruptly would at this point would just be even more awkward than the situation already naturally was. One thing that I have learned is that pretty much no matter what situation you’re in, as long is you smile really big and talk in a tone as if everyone was having a great time, you can pretty much get people to go along with just about anything. They just kind of hung out on the porch as we took photos as if the situation was perfectly normal.  After we had grabbed some shots we thanked the woman for letting us take photos on her porch, bid our farewells and left.

The ironic half of the story happened 6 months later.  At the time I was living in my “totally stereotypical downtown apartment for creative types”. During my six years there, I went through 4 downstairs neighbors.  One of the things I had learned about my current neighbor at the time was that he enjoyed his fair share of female interaction.  On one particular evening he had “company” over which, through the paper-thin floor, sounded like another guy and two women. It didn’t take me long to guess what the cause for occasion might have been since there were a variety moments when the women stopped talking and the guys sounded like they were somehow having the time of their life.  I was editing some video at the time, so I just turned up the volume of the music to minimize the soundtrack below me.  Then after some time had passed, I heard a knock at the door.  I looked through the peep whole and standing there was a woman who looked strangely familiar.  I opened the door and she asked me if I could give her a ride home.  She didn’t recognize me, but I immediately realized that this was the same woman that had been at the house I had taken the photo shoot at!  Somewhat caught of guard, I graciously declined. It was one of those moments where after you shut the door, you stand there for a moment in silence with your head slightly turned up in total confusion and think to yourself, “Did that really just happen?”

A while back I had driven by the house, only to find that it had been torn down. Looking back, I don’t know if there is a moral to this story but it just goes to show you that you should always be polite to people that live in the houses you randomly take photos in front of because one day, the tables might be turned and they may walk up to your front door and ask you for a ride home. Thinkpierce, Something New every Friday! 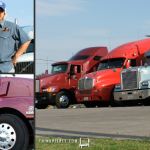 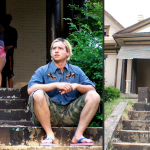 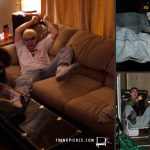 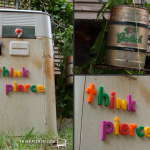 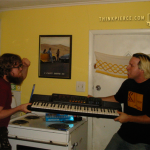 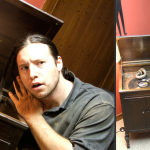