One day in high school I found myself sitting in the principal’s office.  It was kind of awkward.  An administrator was looking at me with concern and was somewhat dumbfounded.  I had just asked her if I could do a River Dance at one of the High School Football Assemblies.  Not really knowing how to respond, she told me to write up a proposal letter and bring it back to her.  Yeah, you know the ‘ol River Dance proposal letter process required before a River Dance can be certified and approved?  I don’t know if you’ve ever written one of those before, but it’s a once in a lifetime opportunity that you should at least try once if you get the chance.  I had already been choreographing the routine so if it was letter she wanted; it was a letter she would receive.  She was shocked when I actually brought her a full-page proposal explanation letter the next day.  Maybe just because she didn’t know what else to say, she approved.

I rounded up people to be in it with me and a few weeks later we were throwing our hamstrings to the ceiling.  Take a trip back in time and see just how effective a well-written River Dance proposal letter can be.  Thinkpierce, Something New Every Friday. 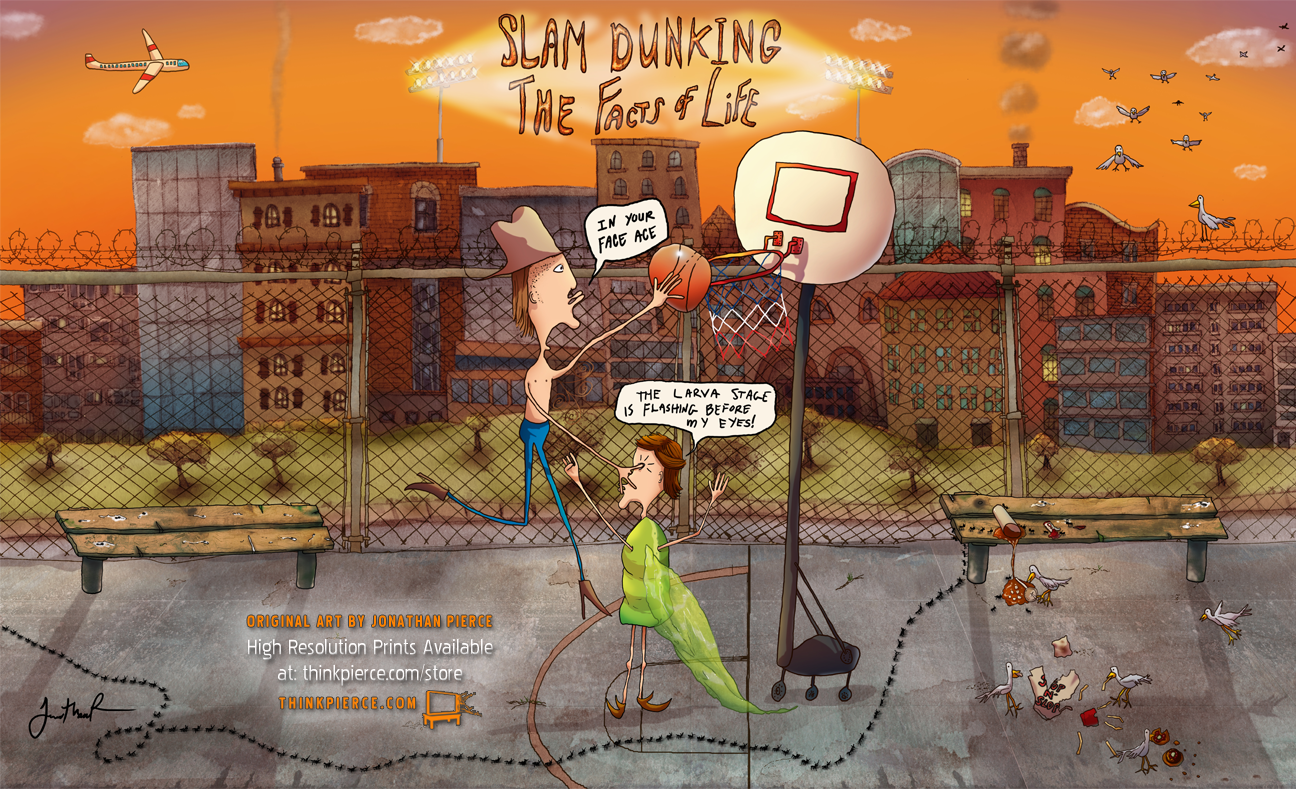 “Slam Dunking the Facts of Life” by Jonathan Pierce

“Slam Dunking the Facts of Life” by Jonathan Pierce