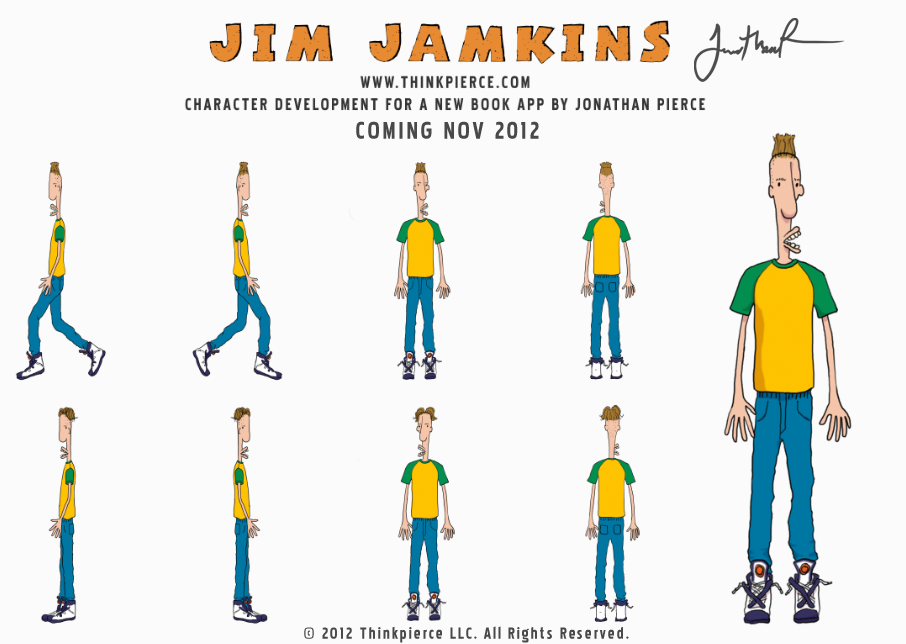 Today Thinkpierce introduces the character of a new book app series that I will be writing that will go by the name Jim Jamkins.  This is actually a concept I developed more than 10 years ago after I had graduated High School.  You can actually see the first paperback version of this book by searching “Jim Jamkins” on Amazon.com. I cancelled that version of the book a year ago in preparation for developing a revamped version.  My original desire was for Amazon to take down the book down permanently so that there wouldn’t be any confusion with the new book app. But even after a letter from lawyer, Amazon wouldn’t do it, due to reasons involving keeping product history, etc… One of the annoying things about this is that one reseller still has a copy of that book listed for $77.12.  They even had it listed once for over $2000.00. lol.

One thing I can mention about my experience self publishing a paperback book was that although it was awesome that I was empowered to release my own book, the “reseller” component that Amazon offers totally sucked for an independent author like me! I had worked through an independent publisher, (now you can go directly through Amazon, back then you couldn’t.) Long story short I was starting to see all of these “used” copies of my book pop up for sale on Amazon, all sold be resellers across the United States. It wasn’t’ a ton, but more than 10 resellers selling my book seemed too odd.  Copies of my book were being printed through the network of publishers connected with the “channel distribution” and being sold by resellers, and I wasn’t receiving a dime for anything sold be a reseller!? The question was, why was that even being allowed to happen? Yeah it sucked and conversations ensued but to make a long story short, years went by, the app market was born and I ended up changing directions with the format of the book. I decided to cancel the previous paperback version in order to rework the story and character into a series of book apps.

Let me just say, I love this character. Jim Jamkins is based on a guy that isn’t the sharpest knife in the kitchen, has an interesting viewpoint on everything, and makes decisions in life based on what would be best described as: “unique Jim Jamkins logic.” Jim Jamkins has been through a lot of development changes since first creating him over 10 years ago, but the Jim Jamkins that exists today is the Jim Jamkins I felt he was born to become.  The book app will have light animation and starts the series off with a story that, among other things, explains how Jim ended up with his signature hairstyle. I will be narrating the book and will be bringing in other people to play the roles of the different characters including Jim. Now that I am posting something new every day on Thinkpierce.com, I invite you to check back every day to see the progress of the Jim Jamkins Book app as well as other Thinkpierce projects currently in development. Thinkpierce, Something new every day, and a big release every Friday! 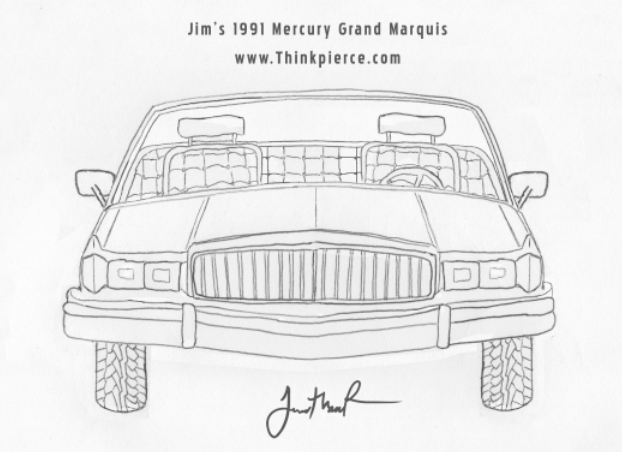