Today we introduce songs from the Thinkpierce archives for the first time with the release of a new album on iTunes. The songs in Mixtape + VHS + Cola are as much about the story they tell as they are about the time period in which they were created. With songs that had as much difference in the year they were recorded, as they did in what device they were recorded on, this album needed a title that put it all under one umbrella in a way that was unique as the songs themselves. Somehow when you take the words, Mixtape, VHS and Cola and add them all together, it seems to tell you everything you need to know about these songs and the era in which the majority of them were created. The short story of how I got into music goes something like this: My Dad was a college music teacher and my mom was a private piano teacher…the end. It started with a drum set in middle school followed by guitars and keyboards. Much of my teenage and young adult years were spent playing and recording music with friends. Throughout the years I ended up recording more than three hundred songs in formats that ranged from floppy disc and cassette to Cakewalk and Garageband files. Some were less involved than others. I had spent so much time creating music, I felt an urge to share some of it rather then let it spend the rest of its life hidden away in hard drives and aging cassette tapes. I decided to create an album that symbolized that period of time in my life. The next step was to decide which songs would be the best representations of what I was doing musically during those years. It would be an understatement to say that these songs weren’t “professionally recorded”. The majority of these songs have been in their final form now for years due to the fact that I no longer have the 4-track cassette recorder to mix them any further! Ha ha. They are what they are, and this album is about celebrating that. I played every instrument in every song with the exception of “Voyager” with Brian Spratt on second guitar and “Candlewood” with Daniel Sutliff playing bass. “Candlewood” was a song Daniel and I had created together over the course of our regular jam sessions many years back. Brian Spratt also joined me on vocals for “Loopa”. Putting this album together was a way for me to share a rich part of my life that holds fond memories and friendships that continue to this day; moments in time that were filled with…mixtapes, VHS movies and cola… Visit our music page to preview the songs. Thinkpierce, Something New Every Friday! 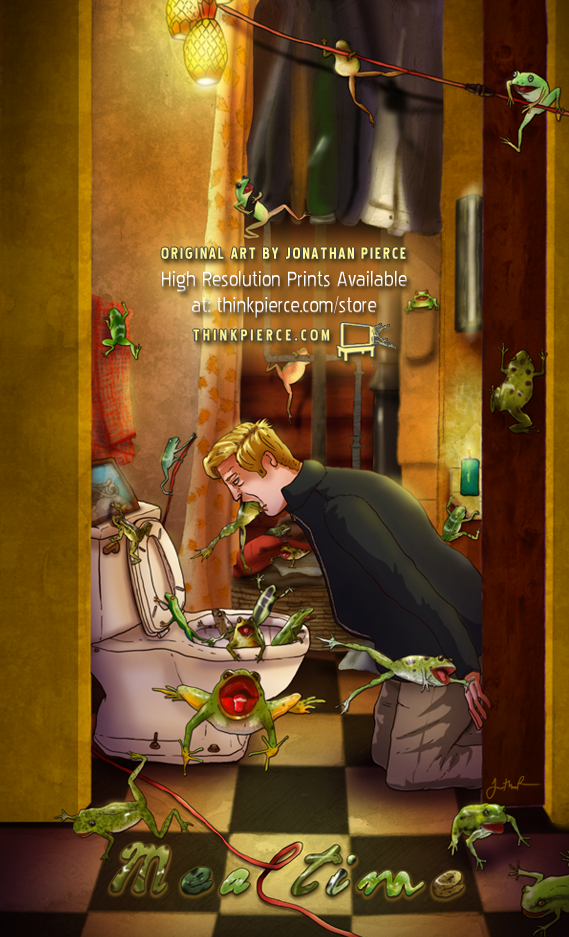