“Numlock & Gordon” is the half-finished illustrated story of two characters that I sketched while working a call center job. It began by drawing a character named Gordon in a veterinarian clinic who was becoming obsessed with a rugged door wreath while waiting for his dog – you know, the predictable action-romance “Hollywood blockbuster” storyline that gets recycled and released every year? Yeah, that one. From there a rough plot began in my head adding a sidekick character named “Numlock” (named after the numlock key) and the Numlock and Gordon adventure began.

During that period, I was working as much over overtime as I could at the call center to raise money for The Turtleneck Club, an independent film I shot later that year. Drawing “Numlock and Gordon” in addition to a small army of other oddball characters and drawings was a way for me to pass the time during those long hours. Many of those additional characters and drawings were later used in a book of illustrated stories I wrote called, Zap Nugget. After raising the money to shoot The Turtleneck Club movie, I had gotten what I wanted out of the call center job and since I already had some home repair experience under my belt, I decided to dive back in to remodeling work which later turned into Utica Remodeling Company. Although I had reached the halfway point of the Numlock and Gordon storyline, I didn’t consider the project to be a main focus at the time and the drawings sat in a folder as I continued to remodel and work on other creative projects.  Years later, my interest in the characters picked back up when I was working with colorists to enliven some of my other whacko-spazzed illustrations, which later became Thinkpierce Art. That experience opened my eyes to the possibilities, and I was starting to envision Numlock and Gordon’s spastic tale in the form of a book app.

At that same time I was also in the process of redeveloping another story I had written featuring a character named Jim Jamkins. Working on both stories at the same time allowed me to see a lot of similarities that I felt both Jim Jamkins and the Numlock and Gordon characters shared. Since both storylines had such a similar feel and because I could start to see that I might be spreading myself out too thin by taking on more than I could complete, I came up with the idea of combining them, merging the qualities of Jim Jamkins and Gordon together creating only one lead character. Because I had already done more development with Jim Jamkins, I stuck with that name with the intention that Numlock’s character would be transformed in to a neighbor or friend for Jim later on.

With a new vision in place, I went back to the drawing board and created a redeveloped character sketch of Jim Jamkins. I then began drawing accompanying characters and scenes for the revamped storyline, passing them along for coloring. You can see some of the completed illustrations here. As the redevelopment process tapered off, the original story I had written about Gordon’s obsession with a rugged wreath was turned in to the storyline for “Jim Jamkins”…and up to this point, that’s where it has halted.

Looking back, the story of Numlock and Gordon is a perfect example of what can occur during the creative process and ultimately represents what will perhaps one day become a story or series of stories about a character named Jim Jamkins. Overall, this has been one of those projects that tends to fade in and out for me. Currently, other creative projects have priority right now – so for the time being, Jim Jamkins has been put back on the shelf. Maybe one day the stars will align and the timing will be right to pick it up again. Either way, this process has also shed a light in helping me understand why some movies or stories have taken “years” to reach completion, ha ha. 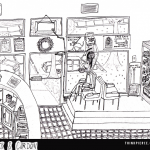 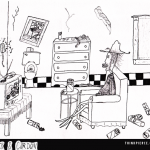 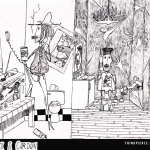 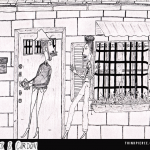 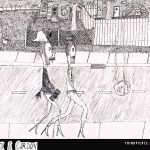 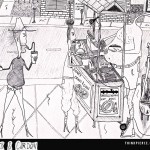 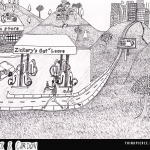 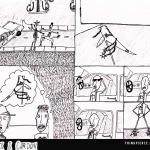 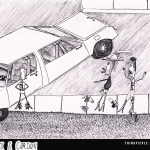 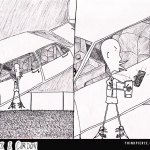 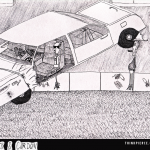 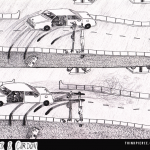 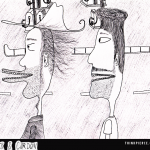 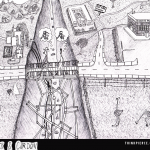 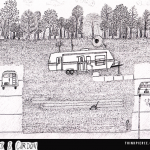 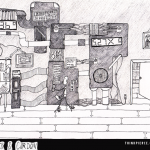 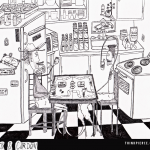 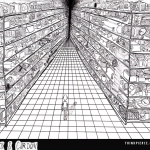 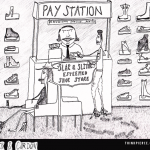 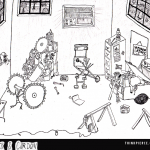 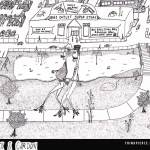 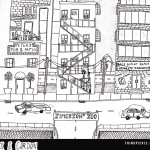 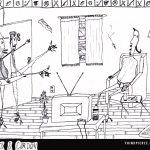 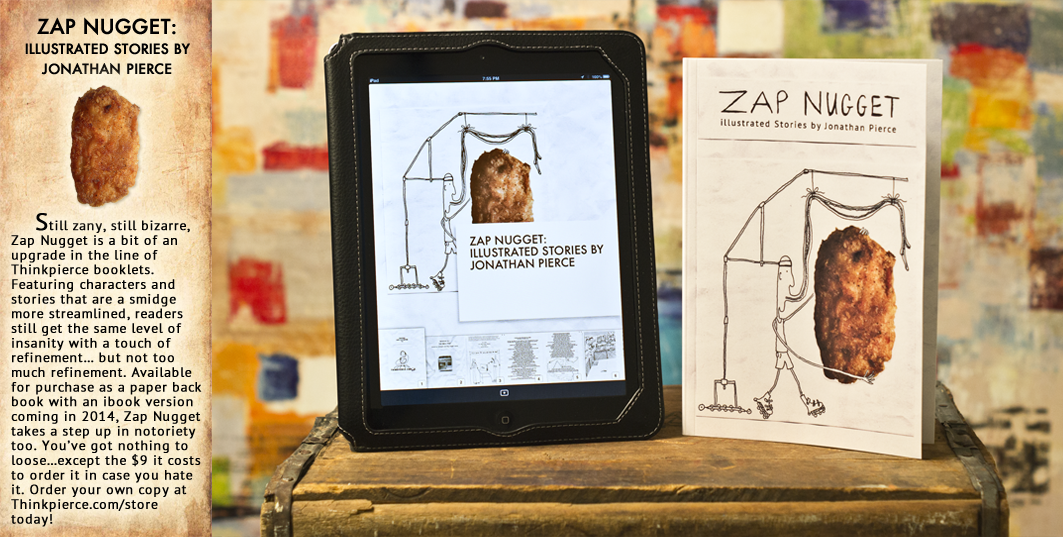