One day I woke up, turned on the TV and experienced something amazing, a commercial by Angie’s List that focused on different “Reasons” for joining the Angie’s List service. I realized this was “shout it from the mountain top” kind of opportunity to share my own adlibbed reasons for joining Angie’s List and another Thinkpierce Video was born…check it out!

A couple weeks back I was invited to be a guest on Darryl Baskin’s radio show, The Future of Real Estate on 102.3 KRMG, to talk about my service IDontWanttoDealWithThis.com. Check it out 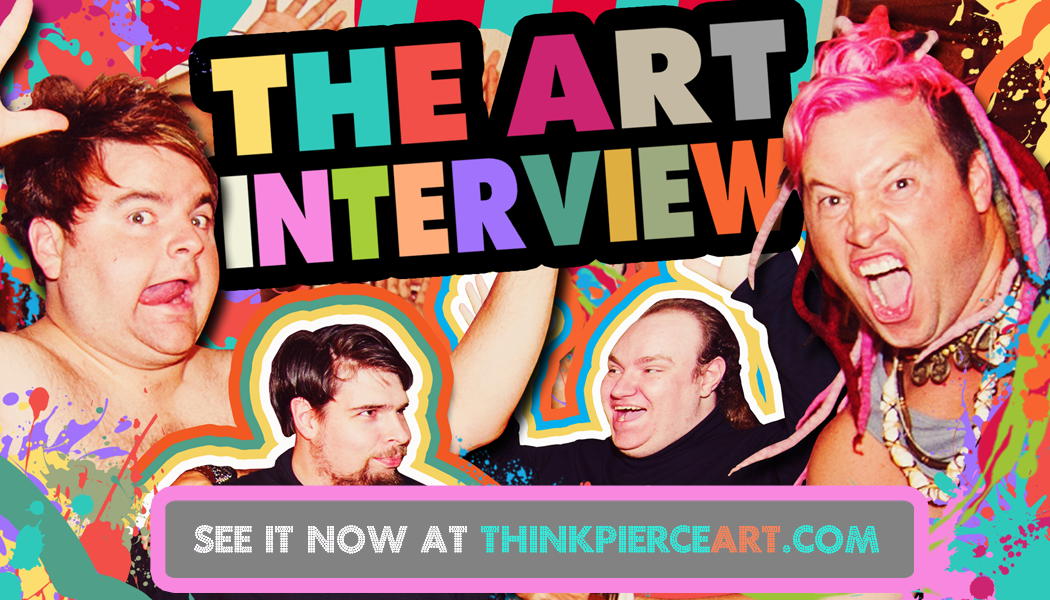 Check out the newest Thinkpierce Film, “The Art Interview”

What do you get when you combine a budding artist, a shirtless art assessor and two “snack-obsessed” art assistants? You guessed it; you get “The Art Interview”, the newest Film by Thinkpierce.com. Click here to watch it now at ThinkpierceArt.com.

This week I had a great opportunity to promote IDontWanttoDealWithThis.com by appearing on Channel 2’s show, “The List.” It all started when a channel 2 producer saw a Facebook post that was shared about the IDontWanttoDealWithThis service. He invited me to be on the show through a Facebook message and I was there the next day filming with host Erin Tompkins. Special thanks to Garrett Weindorf and Randy Lane for connecting the dots to make this happen; you guys rock hard. Seriously.

Jonathan explains IDontWanttoDealWithThis.com in a nutshell

By thinkpierce | Business, Videos | No Comments

If we’re friends on Facebook, you’ve likely noticed a few posts about my new service IDontWanttoDealWithThis. Today I share a quick video of me explaining it all in a nutshell. 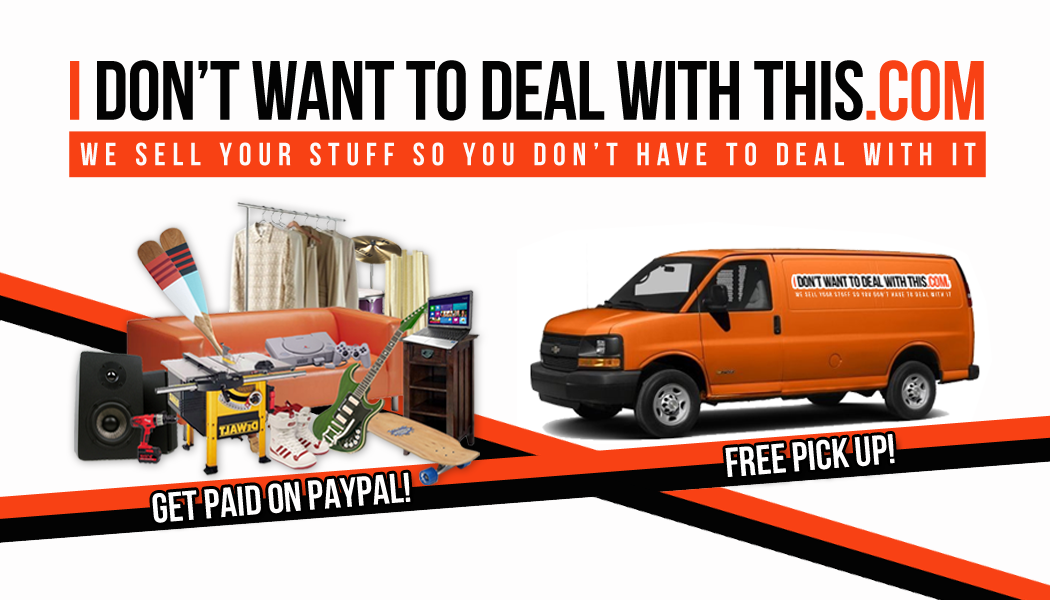 By thinkpierce | Business | No Comments

Hello peeps, I’m back with update part 2. In addition to Jonathan Pierce Real Estate, the other thing I’ve been working on is a service called “IDontWanttoDealWithThis.com” Yes…that’s actually the name of the service. In a nut shell the service sells the stuff you don’t want any more for you and pays you on paypal.

At some point you wanted or needed that item enough to buy it. Now that you’re done with it, we’ll help you make money by passing it along to someone else who wants it as much as you once did. Simply collect all the stuff you don’t want anymore into a pile in your living room and we’ll come pick it up for free. (10 item minimum) We’ll deal with selling it for you and when it sells, we’ll pay you on paypal. When it comes to getting money for the stuff you don’t want anymore, we make it about as easy as it gets. It really is as simple as walking around your house or apartment, grabbing stuff you don’t’ use anymore and putting it in a pile in your living room. Learn more at IDontWanttoDealWithThis.com and contact us for your FREE pick up today!

Imagine yourself sitting on a couch from 1983. You’re wearing a stylish turtleneck and you’ve just been passed a Choco-taco. Loud saxophone music is playing and people are screaming at the top of their lungs. You’re confused, excited, and cautious all at the same time. Now imagine this sequence of events were filmed and edited in to a movie called The Turtleneck Club. Imagine a guy named Jonathan Pierce was responsible for all this and that at this very moment you were staring at an embedded video called “The Turtleneck Club Movie” and all you had to do to experience it was loosen the grip on your Cran-Apple Shasta long enough to position your mouse arrow over the play button and click it? Imagine the opportunity to experience all of this came down to the following two choices: Do you click the button and watch the video? Or do you throw in the towel and abandon ship?

Go Behind the Scenes with the Turtleneck Club…

When it comes to making a movie about guys who wear Turtlenecks, there’s probably about a thousand questions that come to mind; How was it decided which Turtleneck Club member would drink Cran-Apple Shasta and which member would tackle the Caffeine Free Diet Root Beer? From that viewpoint, you’re probably seeing how the door could be opened to a thousand more questions exploring that issue alone. Fortunately something has been done about it; the Behind the Scenes Turtleneck Club Special Feature.

Sit next to Allen Spenzetti as he wipes a bucket of sweat off his face. Feel Mark Hatterberry’s stomach pain as he is asked to eat is 12th chocolate, and experience Zane Rucker’s excitement as he describes the plaid non-wrinkle Turtleneck he had ordered online. It’s all packed in to one special feature video that will debunk every myth you’ve ever heard about filming people in Turtlenecks. So pull back the tab on that orange-lime Shasta, nestle in to you favorite armchair, and get ready to go behind the scenes with the Turtleneck Club.

What happens when seven Turtleneck Club members pull down their neck flaps and bare it all….

By thinkpierce | Films, Videos | No Comments

Most of the time as a Turtleneck Club member, you let the Turtleneck do the talking. But in this rare Turtleneck Club special feature, Turtleneck movie cast members pull down their neck flaps and bare it all in a collection of candid interviews that cover everything from what it was like to gulp down non-refrigerated Cran-Apple Shasta, to solving the mystery surrounding the true function of a traction kit. Behold; The Turtleneck Club Cast Interviews.

If you haven’t yet seen the Turtleneck Club Movie Trailer, you’ll want to follow these three steps before you do…

Step #1: Grab a Turtleneck out of your closet and put it on. (If you don’t have one, buy one at the thrift store.)

Step#2: Grab a 12 pack of diet root beer Shasta. (If you’re out, pick up a case at your local Warehouse Market)

Step #3: Make sure your Turtleneck is in “full-neck” mode, open your first can of diet root beer Shasta and push play.